What to Do in 4 Hours in Helsinki?

Helsinki being the capital of culture as well as being the capital of Finland, is known as the 'White City of the North' due to the architectural structures built of light colored granite stones. Being the largest and most populous city in the country, Helsinki is a magnificent piece of land adorned with the unique natural beauty of Scandinavian geography. Being one of the cities with the easiest access to the sea in Europe, Helsinki reminds people of the house they returned to after a long time with its natural areas. If you wish, let's list what you can do in this beautiful city in a limited time without wasting time. What to do in 4 hours in Helsinki? 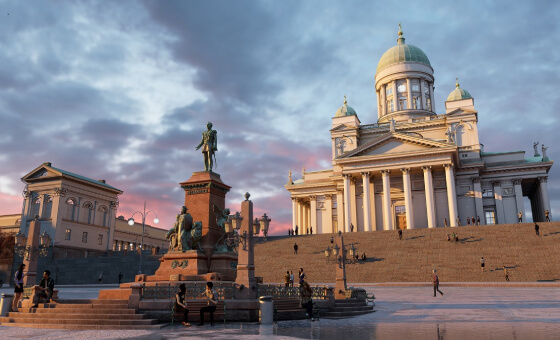 As you may know, the most important feature of Europe is its museums. Helsinki does not lag behind other European cities in this area. During your 4-hour tour, you can visit Kiasma Contemporary Art Museum, Sinebrychoof Art Museum and Ateneum Art Museum, which are located very close to each other. Works created by Finnish artists between 1960 and 1990 are exhibited in the Kiasma Museum of Contemporary Art. The building of the museum, which also includes works by artists from various parts of the world, was designed by Steven Holl, inspired by the modern buildings of the city. Adults must pay 12 euros to enter the Kiasma Contemporary Museum, which is located in the building built in 1998. The Sinebrychoof Art Museum serves in the building belonging to the Sinebryukhov family, one of the prominent families of Helsinki. Used as a brewery by the Sinebryukhov family before it was converted into a museum, the building occupies a unique location on Bulevardi. The Paul and Fanny Sinebryukhov couple were very interested in art at the time. They created a large collection of the works they collected until the beginning of the 1900s. Later, they donated their collections together with the building to the Finnish government. The museum, which also includes items from the Sinebryukov family, mainly exhibits paintings, furniture and porcelain by European artists between the 14th and 18th centuries. The Ataneum Art Museum, located in the square in front of the Helsinki Station, is the last stop of the museum tour full of history and art. Considered as the most important art museum in Finland, Ataneum displays paintings and sculptures by artists who have been influenced by many different movements, from 18th century rococo art to 20th century art movements. In addition, more than 600 works brought from abroad are also in the Ataneum Art Museum. Edvard Munch - Bathing Men, Eero Jarnefelt - Under the yoke, Ilya Repin - Portrait of Natalia Nordman stands out as the museum's most striking works. The entrance fee to the museum for adults is 13 euros.

Although its population is not compared to cities such as Istanbul, Paris and London, if you want to get away from the noise and turmoil in Finland's most populous city Helsinki, you can go to the Kamppi Chapel of Silence, where there are 232 interesting architectural works from flower pots to picture frames. Do not take into account that it is called a chapel, even though it is in the most crowded part of the city, people usually prefer this place to relax. Nordic countries are a little different from other countries. You can see this difference in every corner of Helsinki. But if you are looking for something a little more special, we recommend you to visit the Design District. Home to thematic shops, cafes and stores from minimalism to pop-art, this region spreads over a very large area. Those who want to see even more specific sights can wander around Uudenmaankatu and Fredrikinkatu. After spending a full 4 hours in Helsinki, we recommend you to go to Kauppatori (Market Square) to have a snack or buy souvenirs for yourself or your loved ones. At the end of Esplanade Park, do not take into consideration that Kauppatori, a market settled on the port side of the city, is called a market. There are restaurants where you can try local flavors instead of fruits and vegetables and shops where you can buy souvenirs. You can use the market, which is flooded by local and foreign tourists throughout the year, to end your 4-hour Helsinki tour. 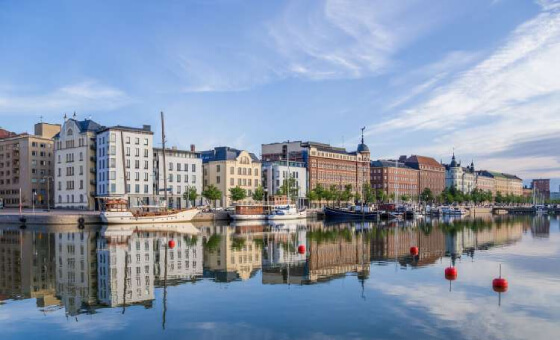 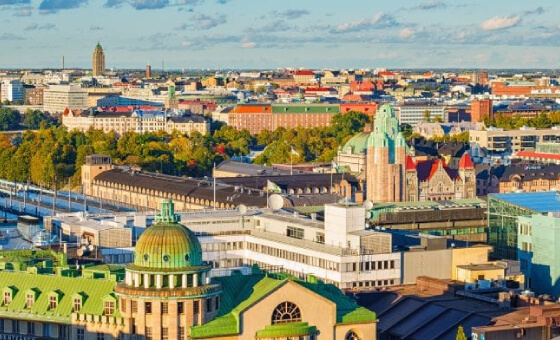 Save Time and Money with Bizigo