What to Do in Brussels in 4 Hours?

Being the capital of Belgium and the administrative center of the European Union, there are dozens of activities you can do in Brussels, which has a fascinating atmosphere with its multi-layered structure and architectural structures that extend into the dusty pages of history. However, if your time is short and you want to get the most from the shortest time, you can make a small tour of Brussels in 4 hours. 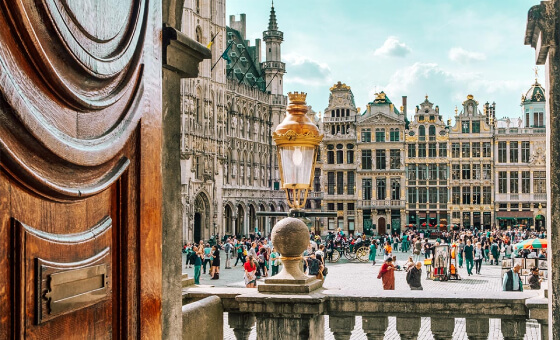 The biggest detail that makes Brussels Brussels precisely the Grand Palace. This place, which is the main square of the city, has an extremely large place in the history arena. The Grand Palace, which was a place where the local people lived until the 14th century, and its surroundings, flooded with mansions and imposing architectural structures when rich families flocked to the region. As the importance and popularity of the region increases, they also build a town hall. The Royal Family even organizes some of their ceremonies here. The Grand Palace, which is described as the heart of Brussels today, is the first stop point for those who set foot in the city.

Atmosphere of Brussels in Museums

After seeing the Grand Palace, we recommend you to visit the Royal Museum of Fine Arts, which is about a 10-minute walk away. The Royal Fine Arts Museum, which hosts a very rich collection, actually consists of two separate museums. The first of the museums is the Museum of Antiquity Artworks founded by Napoleon and the other is the Museum of Modern Arts, which was opened in 1984. One of the world's largest and most distinguished galleries, the Royal Museum of Fine Arts has hundreds of works by world-famous artists such as Peter Rubens, Gerard David, Anthony Van Dyke, Petrus Christus and Hans Memling. If you want to learn about the history of a city and witness its culture, the best thing you can do is visit the museums of that city. You may be wondering how many museums can be visited in 4 hours in Brussels completely up to you. However, if you make your plan well, you can visit the most important places of Brussels in 4 hours; because the Royal Museum of Fine Arts is not the only museum located around the Grand Palace. The Magritte Museum, which was opened in 2009 and contains more than 250 works, is dedicated to Belgium's world-famous surrealist artist Rene Magritte. The most important works of the artist are exhibited in the museum, which must be visited by surrealism enthusiasts as well as those who know Rene Magritte. The Museum of Musical Instruments, located right next to the Magritte Museum, is among the best answers to the question of what to do in Brussels. In one part of the museum, instruments that have survived from ancient times to the present day, modern instruments brought from all over the world in some parts, percussion instruments in some and electrical musical instruments are exhibited in another part of the museum. In the Musical Instruments Museum, which has a unique feature for music lovers, you can listen to each instrument thanks to the headphones.

Feel the soul in the parks, have your meal in nice Cafes

Brussels is not just a city of architectural structures. The conscious approach of the people and the planned construction of the city have brought many parks to Brussels. In Brussels, which has a different beauty in every season, you can take a nice stroll in Le Parc Du Cinquantenaire, located near the Grand Palace, and spend peaceful moments in the park, which has opened its doors to visitors since the 1800s. There are also Cinquantenaire Palace, Belgian Military Museum and Royal Art and History Museum in the park. In short, you can benefit not only from the green of the park, but also from its history. If you get hungry after a small tour in Le Parc Du Cinquantenaire, we recommend Cafe Belga, one of Brussels' most famous places. The cafe, which is very close to the Grand Palace, gives visitors a typical Belgian atmosphere with its trendy music and colorful atmosphere. Of course, we recommend you not to forget to taste Belgium's famous chocolate, waffles here. Please remember that Bizigo helps you manage all your travel processes effectively with corporate travel services that take into account your budget, your employees and your organization. With Bizigo, you can easily plan flight tickets, accommodation and meeting organizations through a single portal, with policies tailored to your company. Preferred by distinguished companies, Bizigo saves time and money with its ease of use, while at the same time using the developing technology in the most efficient way; It optimizes corporate travel processes with flexible solutions completely tailored to your institution. 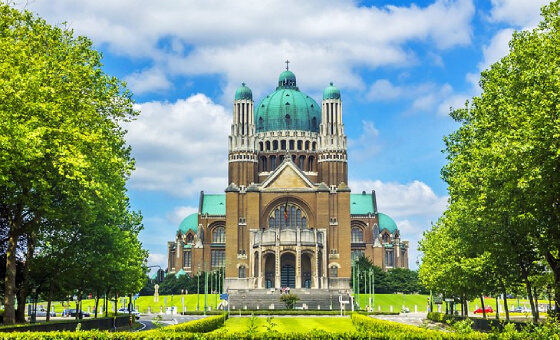 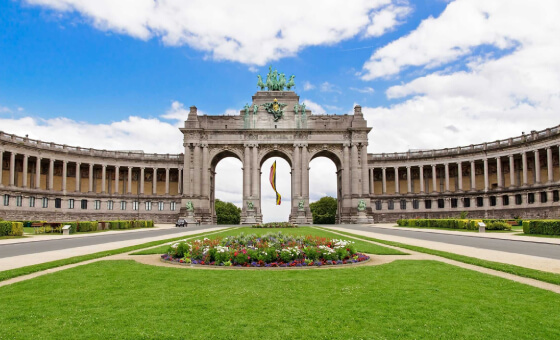